Describe the Jaeger-LeCoultre Reverso line and you’ll probably use words like “classic”, “dressy”, or even “dainty”. It’s really hard to reconcile the watch with its conception on the dusty polo fields, where a stray ball could wreck an expensive timepiece. Although the Reverso has moved in the opposite direction of today’s diver-derived sports watches, Jaeger-LeCoultre has repeatedly tried to “man up” the line.

This week, I’m considering two “beefcake” Reverso lines: The Gran’Sport, launched in 1998, and the Squadra that followed. This was an attempt to bring the “sport” back to the Reverso range, just as Audemars Piguet did with the Royal Oak Offshore line five years earlier. Mechanical watches were beginning to rise in status once again, with younger men leading the pack, and the Swiss watch makers wanted to appeal to their masculine side.

Jaeger-LeCoultre relied on the Reverso range to revive their watchmaking bona fides, debuting new complications in Reverso models nearly annually starting in 1991. So it was natural that they would diversify that line to appeal to younger and more sports-oriented buyers. The trend at the time was the integrated bracelet, and this was a natural fit for the Reverso, with its “carrier” base and movable “head”.

The Gran’Sport appeared in 1998 and was a radical departure for the time: The new Ref. 290 had an automatic movement! Beyond that, the case was slightly larger than the Reverso Grande Taille that had come to dominate sales since its 1991 debut, with semi-integrated bracelets and straps. The case was more curved than any previous Reverso model, closer to a “tonneau” (“barrel”) shape than ever before. And the dial was solidly on the sporting side, with large numerals and luminous markers.

A Reverso Gran’Sport Duoface was a natural second model. The dual timezone concept was a natural fit for the Reverso range and had become all the rage since its 1994 introduction. The Gran’Sport Duoface seriously sporty, with a square button now advancing the GMT hand instead of an inset corrector. It also had a power reserve indicator and date window diagonally at 11 and 5. The only old fashioned bit was the small seconds subdial, but this was dressed up with an automotive look. Unusually, the “front” dial is black, reversed from most other Duoface models.

As was the trend at the time, many Gran’Sport models came with a rubber strap. Indeed, a leather strap was not offered until late in the model run.

In 1996, Jaeger-LeCoultre introduced their latest complication: A retrograde chronograph made entirely in-house. Although the company had already released a Reverso tourbillon and minute repeater, the chronograph was perhaps more important for the company. Like the Duoface (introduced 2 years earlier), the Chronograph Rétrograde showed the unique possibilities of Jaeger-LeCoultre’s two-faced watch. What appeared to be a typical Reverso from the front flipped over to reveal a partly-skeletonized column wheel chronograph movement that filled the rectangular case. Chronograph seconds occupied a large dial with a retrograde 30-minute counter below.

Given the sporting pretense of the Gran’Sport line, it was no surprise when Jaeger-LeCoultre announced a chronograph model. It would take the company until 2001 to perfect a volume-produced movement, however. Cal. 829 was shown in prototypes of the Gran’Sport Chronograph, but the production model used the offshoot Cal. 859.

The Gran’Sport Chronograph offers the same features as the limited-production Chronograph Rétrograde. The front dial includes central seconds, a simple power reserve indicator proclaiming “marche” or “arret” (“go” or “stop”), and a date window at 6:00. The “waffle” texture of the inner dial reminds me of the Audemars Piguet Royal Oak, but the expansive hour track is pure Jaeger-LeCoultre. Numerals at 3 and 9 give a sporting flavor, as do triangular markers in between. The “JL” anchor logo works well at 12:00, and luminous sword hands are just right.

The reverse, like its predecessor, features a full chronograph seconds dial and a retrograde 30 minute counter below. A concentric waffle pattern is used in each dial, which is quite an odd look. But the black counter tracks are entirely appropriate in a sporty watch. Numerals are used at 10, 20, 40, 50, and 60 on the seconds dial and 0 and 30 on the minutes counter, and rectangular bars are used elsewhere. In Reverso Duoface tradition, the smaller dial is marked for its function: “CHRONOGRAPHE RETROGRADE”.

The Gran’Sport is an extremely comfortable watch on the wrist thanks to contoured “runners” on the bottom of the case. It sits a bit higher than a regular Grande Taille Reverso, and taller than the 12.6 mm thickness would suggest, but the 5-link “engineer” bracelet is extremely comfortable. The Gran’Sport is quite small by modern standards at just 43.5 mm tall by 28.3 mm wide. Indeed, the whole thing feels more like a bracelet than a watch, which I quite enjoy.

Taken as a whole, the Gran’Sport is indeed a Reverso I would feel comfortable wearing for sports. I don’t spend any time on a polo pony, but it would be right at home in that context. And that’s not something you could say about most other Reverso models these days.

Given the clever retrograde chronograph movement, the Gran’Sport Chronograph is the pick of the Gran’Sport lineup today. Steel bracelet examples regularly sell for under $10k these days, and I found this complete set in good condition from The Watchbox in Pennsylvania. They list it for $7,495 on their web site, but it’s actually $500 cheaper from them on Chrono24! $6,950 gets you a wonderful, functional, unique watch that remains wearable today.

It’s really too bad that gorgeous Reverso Chronographe Rétrograde is out of the price range for most people. Just look at that reverse side! But if you want that one, it can be yours for just over $20k. 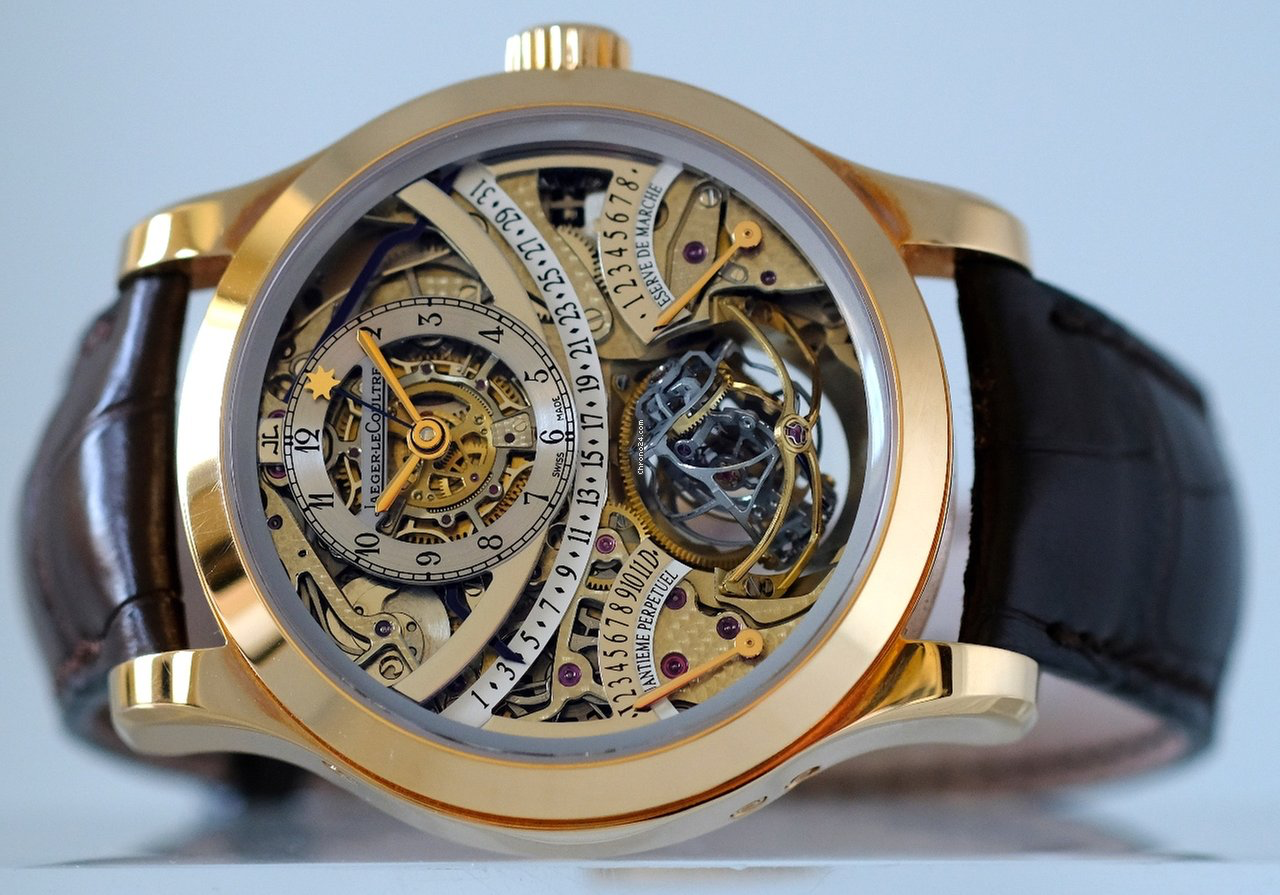