Almost all clocks turn “clockwise”, with the hands moving from the top of the dial to the right. But for the last few decades a few oddball watches have used hands moving in the other direction! This corner of horology is not well understood, so I decided to take a stab at documenting this revolution. It begins conceptually with the digital mechanical watches of the 1970s. Then Beuchat, a fashionable French brand of the 1980s, produces the first such watch. Swiss quartz behemoth Ronda pitches in, bringing forth an odd watch from the venerable house of Juvenia before today’s Klokers gets it right.

It is generally accepted that there is a “right” way and a “wrong” way for clocks to run. In fact, the rotation of the hands on a clock has become general concept: Clockwise. But what if a watch ran the other way? This idea was recently explored by Jack Forster over at Hodinkee, but he didn’t come up with any examples of wristwatches that run anti-clockwise (or “counterclockwise” here in the USA). I mean to change that.

First, let’s consider why a watch runs the way it does. It is generally accepted that the motion of a clock’s hands mirrors that of the shadow on a sundial here in the Northern Hemisphere. Since a whopping 90% of the world’s population lives north of the equator, and clocks were first developed well north of it, it stands to reason that the hands would run the same way. And this is nearly universally true, unlike so many other conventions and standards which vary around the world. Even traditional Japanese clocks, which placed 12 variable-length hours on a daily dial with noon at the top, moved the hands clockwise.

Interestingly, many jumping-hours watches actually use a disc with the numerals printed anti-clockwise. This could cause confusion when they are encountered, since it might appear that they run this way. But this was done for the opposite reason – the movement runs clockwise, so the disc must be printed the other way in order to advance the numbers correctly. This is perhaps why the movement on a jumping hours watch is typically obscured, though the concentric discs are beguiling!

We may never know who created the first anti-clockwise watch. It is said in the article reproduced below that the concept originated among Hong Kong hairdressers, so their customers could read the time in the mirror. It’s hard to know if this odd story has any basis in fact, but it is clear that there were no anti-clockwise watches produced for most of the 20th century.

The watch credited as the first anti-clockwise wristwatch appeared only in the 1980s. Constant Beuchat of Marseille and Paris was a long-running firm run by three generations of the Beuchat watchmaking family. In 1987, they launched a novelty watch that ran anti-clockwise. This watch used a mechanical movement from the struggling firm, France Ebauches. Although quartz watches were then in vogue, it was likely simpler to modify a mechanical movement than to engineer an electronic one. Plus, a bit of French nationalism might have made the Besançon firm more attractive to Beuchat.

Surprisingly, the Beuchat “Envers” watch had no numerals on the dial! This must have made it even harder to read. Considering that Beuchat was known for playful novelties and fashion watches, this is understandable.

This was rectified with later models, including the 1994 Envers ACW pictured above. Note that this later model features a crown at 10 (or is that 2?) on the dial rather than the traditional 3 (9?) position. It is not clear whether this is a mechanical or quartz watch, but France Ebauches had gone bankrupt by this point and was in no position to create a new movement. So my money is on the (Swiss) Ronda Cal. 763 R.

This same year, Swiss quartz movement juggernaut Ronda introduced a special “Return” version of their existing Cal. 763. This movement was designed so the hands rotated anti-clockwise and would enable the creation of many such watches. This does not seem to be what happened, though, as there was not an explosion of anti-clockwise watches on the market. Indeed, I was unable to find any other 1990s examples apart from the Beuchat Envers mentioned above!

Cal. 763 R is not included in Ronda catalogs or on their website. But it remains in production as of 2020, as does the base Cal. 763, and is the movement used by Klokers, as discussed below. Note that only the Cal. 763 R operates anti-clockwise. The normal Cal. 763 (and many other variations) has a conventional clockwise rotation.

The next major anti-clockwise watch appeared in 2001. Juvenia, best known for the groundbreaking Mystère of 1947, decided to make some noise with a “wrong way” watch of their own. The Juvenia Contresens was a conventional-looking watch with a steel case and large skeleton hands. But the numeral track runs anti-clockwise, and this is highlighted by “one way” arrows on the dial.

Interestingly, the skeleton hands are unusual as well: The hour hand is longer than the minute hand, with a chunky pointer. And the minute hand is more of a sector that frames the current minute in an inner ring of numerals.

Juvenia, founded in 1860, had a long history of unusual time displays. In addition to the Mystère, the company produced the Trigone, which used overlapping arrowheads or triangles rather than hands, the Planéte, which used eccentric discs, and the Sextant, with a semi-circular hour hand. Juvenia been purchased by Hong Kong based Asia Commercial Company in 1988 and was in the midst of one of many re-launches by 2000. After flirting with the haute jewelry market in the 1980s and 1990s under François Thiébaud, who had left to helm Tissot, this new iteration would be focused on alternative markets in Asia and South America. Perhaps anti-clockwise feeling in the Southern Hemisphere is the reason for the Contresens!

These Juvenia Contresens models made no more impact on the market than the Beuchat Envers of the prior decade. Indeed, I had never heard of them until researching this article. Although they are seen on the Internet, they are not exactly common. I personally find the original Contresens to be an attractive watch, in the same vein as a Sinn Frankfurt Financial District watch from bizarro world.

The idea of an anti-clockwise watch never took off, but that doesn’t mean that Ronda’s anti-clockwise movement was useless. Indeed, it is the heart of a current watch, born on the Internet in 2014!

Iconoclastic French brand Klokers offers an innovative watch with a “slide rule inspired” dial. The concentric rings feature traditional clockwise numerals but rotate anti-clockwise! This trick is thanks to that same Ronda movement mentioned above, which had sat mostly unused for two decades before Klokers uncovered it. Luckily, Ronda’s Cal. 763 is a high-torque movement as well, allowing it to overcome the inertia of the discs. They probably exhibit quite a bit of shaking, though!

The Klokers watch actually resembles the work of fellow French designer Alain Silberstein, with its bright, contrasting primary colors. In an unusual twist, one of the first awards won by the lauded artist and designer came at UCAR Horological Prize ceremony in 1987. He placed second for “Best Esthetic Design” for his Bicentennial watch. The name of Silberstein’s firm was “Klok Watch,” and third place went to the firm of Constant Beuchat! They also went 1 and 3 for “Best Innovation” at that ceremony. The French watch design world is quite small. 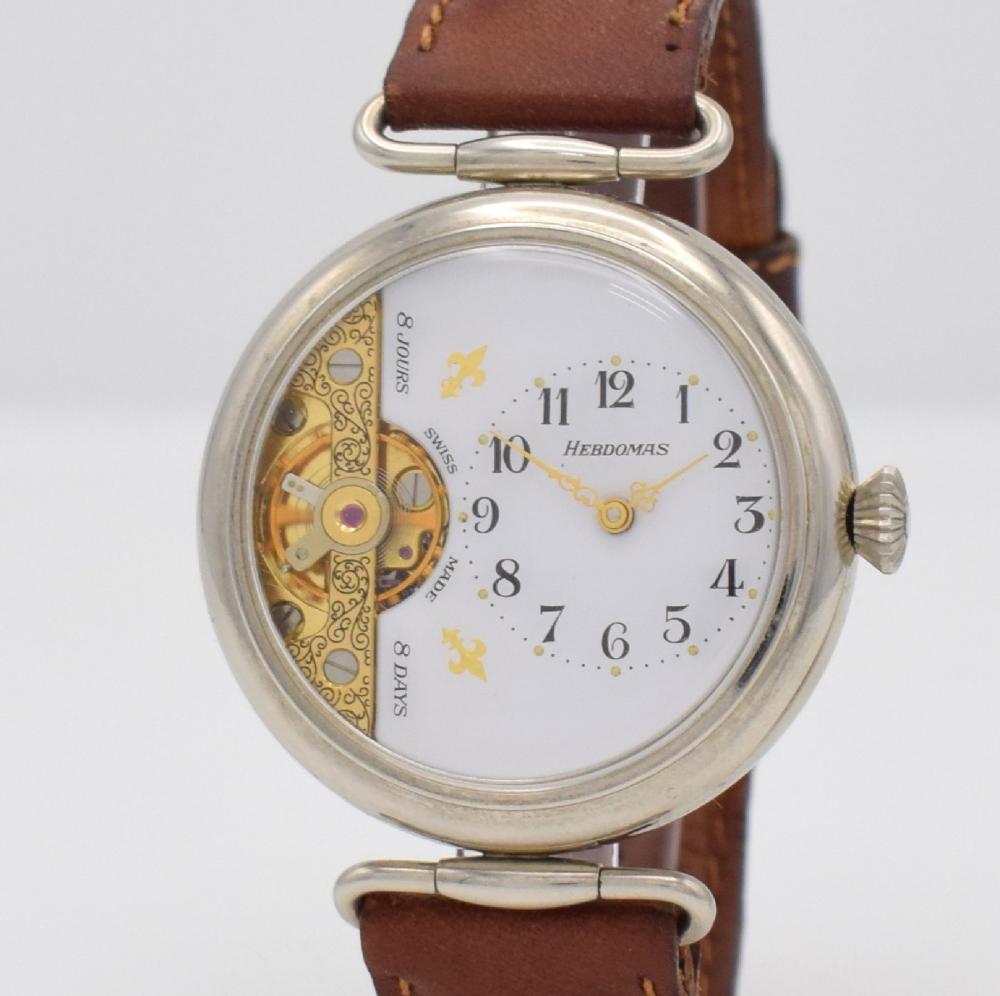 Hebdomas: The True Story of the 8-Day Pocket Watch 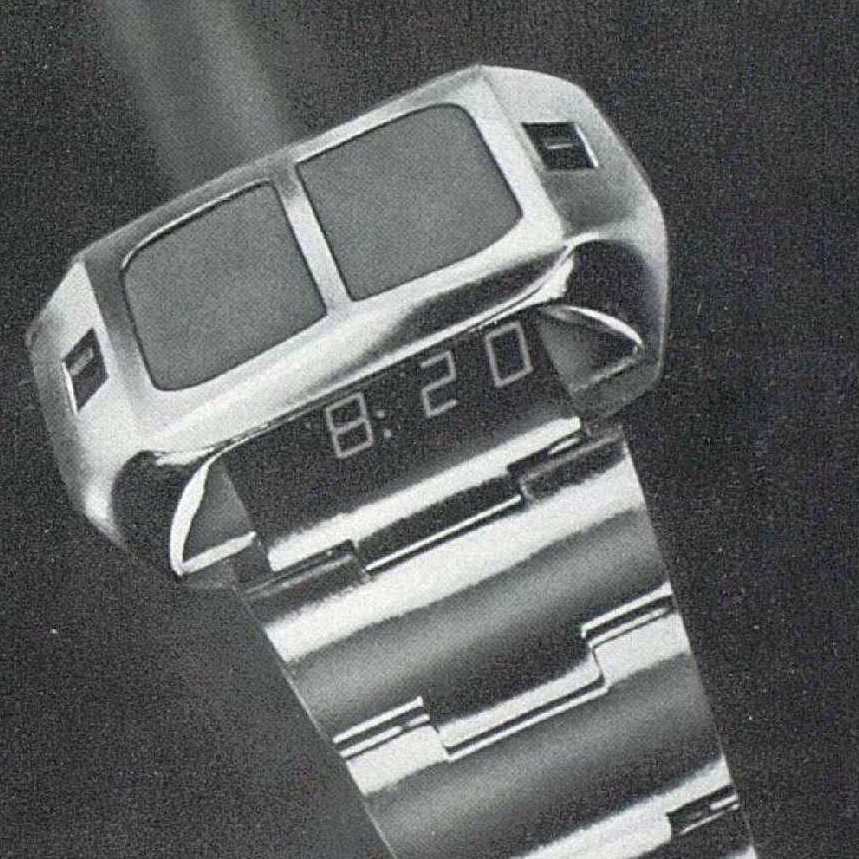