Apple will today detail their Watch, ending years of speculation. But Jony Ive and Marc Newsome are not the first Apple designers to create a watch, and the first one out of the gate was truly revolutionary. Pushed by legendary designer Hartmut Esslinger of FROG Design, the Junghans Mega 1 was the first miniaturized atomic clock receiver and sported a distinctive ceramic case.

Hartmut Esslinger is a legendary name in the world of design. He made his fame in Germany, designing Bauhaus electronics for Wega before it was part of Sony. But when Steve Jobs put out a call to revolutionize Apple’s computer design in 1982, Esslinger pulled up stakes and moved to Cupertino. His design language, called “Snow White” internally, would set the tone for all Apple products into the 1990’s, beginning with the Apple IIc and Macintosh II. Frog became Apple’s in-house studio, although still serving external commissions as well.

As Apple evolved and grew, the company recruited more internal design talent, eventually hiring Jony Ive in 1992. Esslinger kept pushing the envelope in many areas, eventually returning to work with German timing giant, Junghans. He had designed a receiver for the atomic clock broadcasts in the 1970’s and pushed them to miniaturize it into a wristwatch. Eventually technology and Junghans caught up.

Introduced in 1990, the Junghans Mega 1 was a marvel of modern electronics. The radio receiver synchronizes a standard Quartz clock with the signal broadcast from Germany, Japan, and the USA once each day, ensuring accuracy up to one second in a million years. The watch runs for years on a standard battery, an impressive achievement given the technology of the time.

The radio antenna is embedded in a specialized leather strap, connected with electrical contacts exposed where it meets the case. The strap is really a novel design, held together with a unique clip rather than a conventional buckle.

Esslinger’s original design for the Mega 1 called for a novel ceramic case but this was not realized in the final product. All Mega 1’s come in steel coated in a variety of finishes.

Although the design is quite dated today, it is instantly recognizable and unique. The Mega 1 has found its way into museums and design books and remains a milestone in horology and electronics. 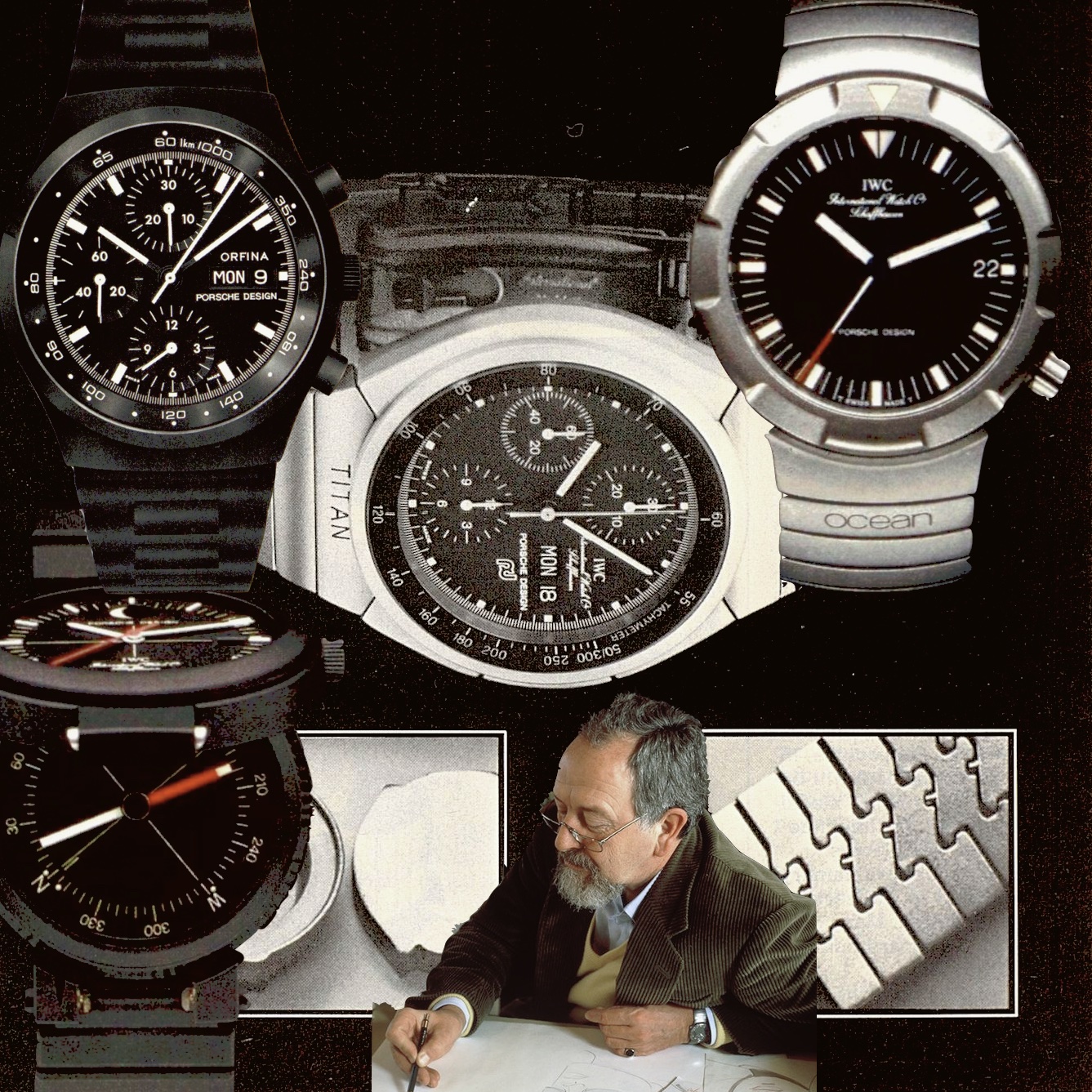