Let’s get some background out of the way: Breitling chronographs were especially popular in aviation after World War II, with their Navitimer functioning as a sort of slide-rule flight computer and sold with the AOPA logo on the dial. In the 1960’s, Breitling worked with rival Heuer to support development of the Chronomatic, an automatic chronograph movement developed by Buren and Dubois Dépraz. The company stumbled after the quartz crisis but has rebounded nicely and today is one of the more popular independent Swiss watch brands.

Breitling was never much of a manufacturer. Like most Swiss brands, they designed watches and outsourced production to others for most of their history. As chronographs became wildly popular in the 1960’s, many brands began churning out simple designs that shared the same case and movement, with only the dial and brand differing.

Such is the case with this watch, which has a Valjoux 7734 integrated cam-switched chronograph movement inside a fairly generic but stylish 1970’s-style case. The 7734 is recognizable dial-side for the 30-minute counter at 3:00, date wheel at 6:00 and small seconds at 9:00. Inside one notices the V-shaped bridge and lack of a column wheel. It also has a fairly massive balance wheel ticking at just 18,000 A/h.

Historically, a Breitling with a date function has been called a “Datora”, though this is not universally true. This watch, for example, does not have that name anywhere on it. In fact, it doesn’t even say “592”, though that’s apparently the model number. But it’s often called a “Datora 592” so that’s what I’m calling it, too.

My first Breitling, I picked this up at auction and was surprised by how rough it was on arrival. Although it ticks, the mainspring is too weak and the gear train too gummed up to keep it running for long. And there’s not enough torque to push the minute counter over – the whole thing just stops. Plus, the repainted hands are ugly and the case is nicked and scratched beyond belief.

Why would I buy such a basket case? After all, it’s neither rare nor historically significant. It was affordable, for one thing, coming into my hands at the starting bid mark. And I liked the look of it. Essentially, it’s just the sort of spur of the moment buy people tend to make, though I would have let it pass if I knew how bad it was. Now that it’s in my hands, though, I have a choice to make.

What to do next? Some research over at Chrono24 shows that this sort of watch sells for $2,000 or so in wearable condition these days. And the fine folks at Breitling Source say that “Chronodeco” Craig Bergsma is the man when it comes to refinishing these things. So I reached out to him for an estimate.

After reviewing my photos and evaluation, Craig came back with a fair estimate to bring it back to “wearer” condition. I weighed the additional cost and decided that the watch would remain below market even after that additional expenditure. So I packaged it up and am sending it on a trip to Oregon to be serviced and refinished. I’ll be reporting back once it’s returned, hopefully with some joy at having my first and only Breitling back on my wrist!

Such is the life of a watch collector: Find something interesting, evaluate the cost and value, decide what to do next, and move forward. If you do need to have a vintage watch serviced, I strongly recommend looking at enthusiast forums for a recommendation of someone like Craig to do the work. A specialist/enthusiast will give a better result than a generic local shop or even the company’s own service department. 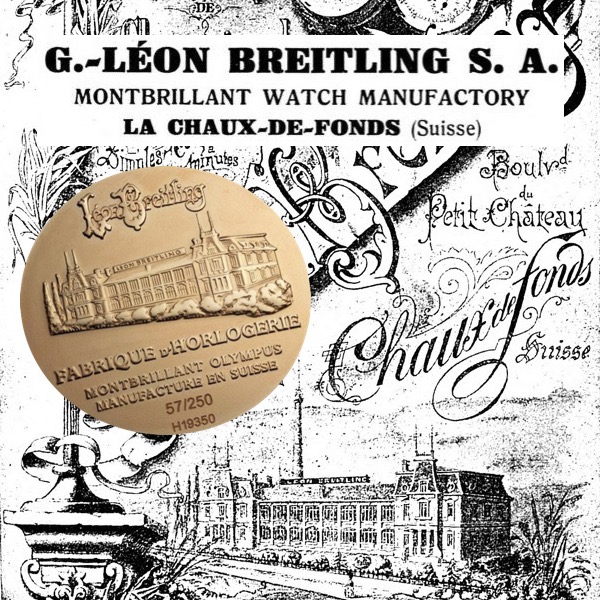 What Does "Montbrillant" Mean to Breitling?