It’s hard to believe that today’s trend towards in-house everything wasn’t really a “thing” 15 years ago. A. Lange & Sohne kicked things off on the automatic chronograph side with their in-house Calibre L951.1 in 1999 and before long everyone was doing it. I’m featuring three of these chronographs this week, and will start with the Lange Datograph Flyback.

To modern Lange shoppers, this is something of an odd bird. Ask a watch enthusiast about the A. Lange & Söhne and they will rhapsodize on the reborn brand. Mention the Datograph chronograph watch and they’ll start talking about the “Ab/Aus” (“Up/Down”) power reserve indicator , but one can see at a glance that this isn’t one of those.

Although not an Ab/Aus, this Datograph has much to recommend it. What we have here is an A. Lange & Söhne Datograph Flyback, model 453.135. This was the very first Datograph model, cased in platinum, and featuring the then-new Calibre L951.1. The black Roman numeral dial catches the eye, but one should note the bracelet especially. That flat crossbar bracelet was the earliest of the type, later replaced by soldered and then curve-end fitted bracelets. This suggests that this is one of the earliest Datographs produced.

SJX has a great article on the history of the Datograph

This watch goes up for auction at Auctionata on March 10, 2015. It starts at $35,000 and I imagine it will rapidly rise from there. These are highly sought-after watches and this is an early example. 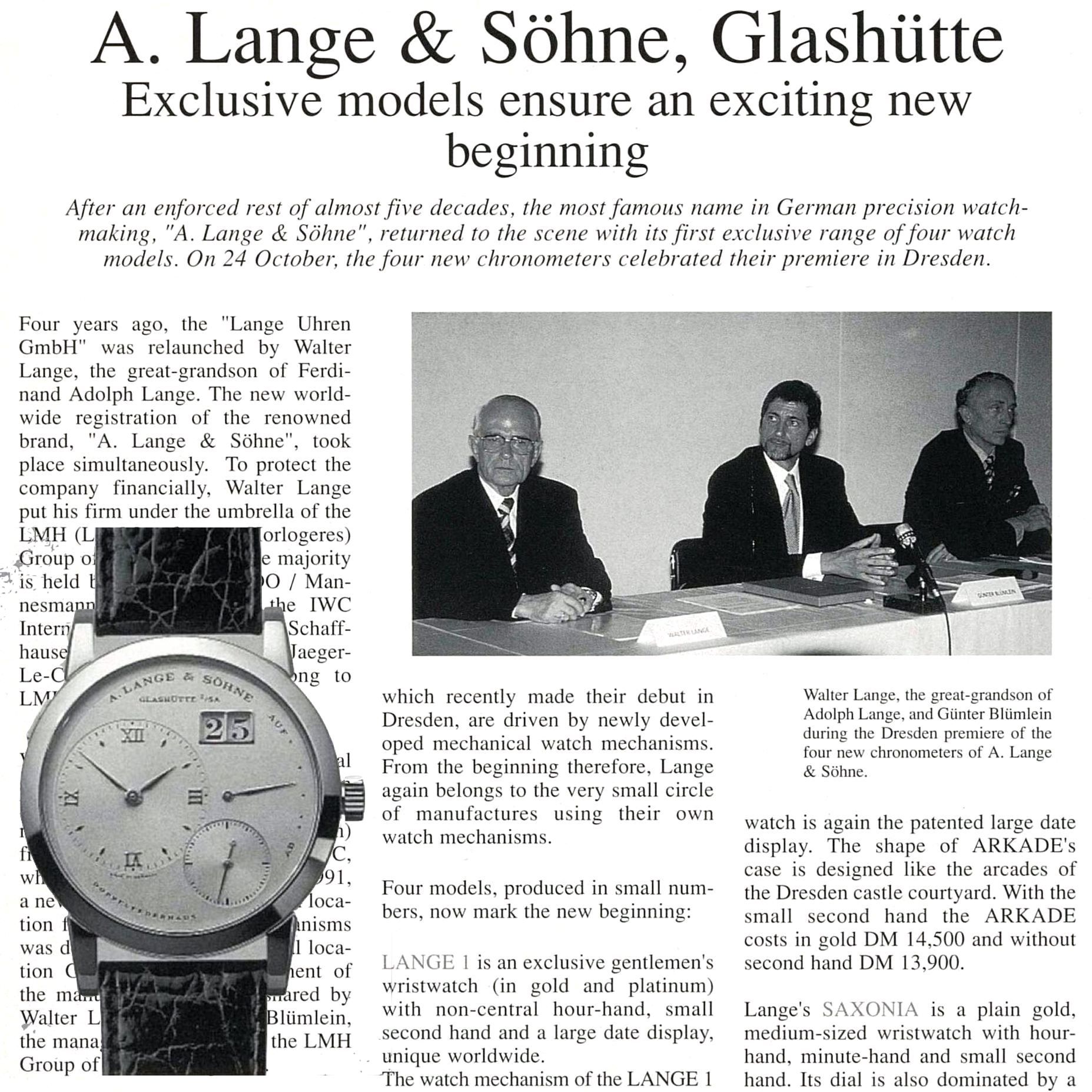 What Is the True History of A. Lange & Söhne? 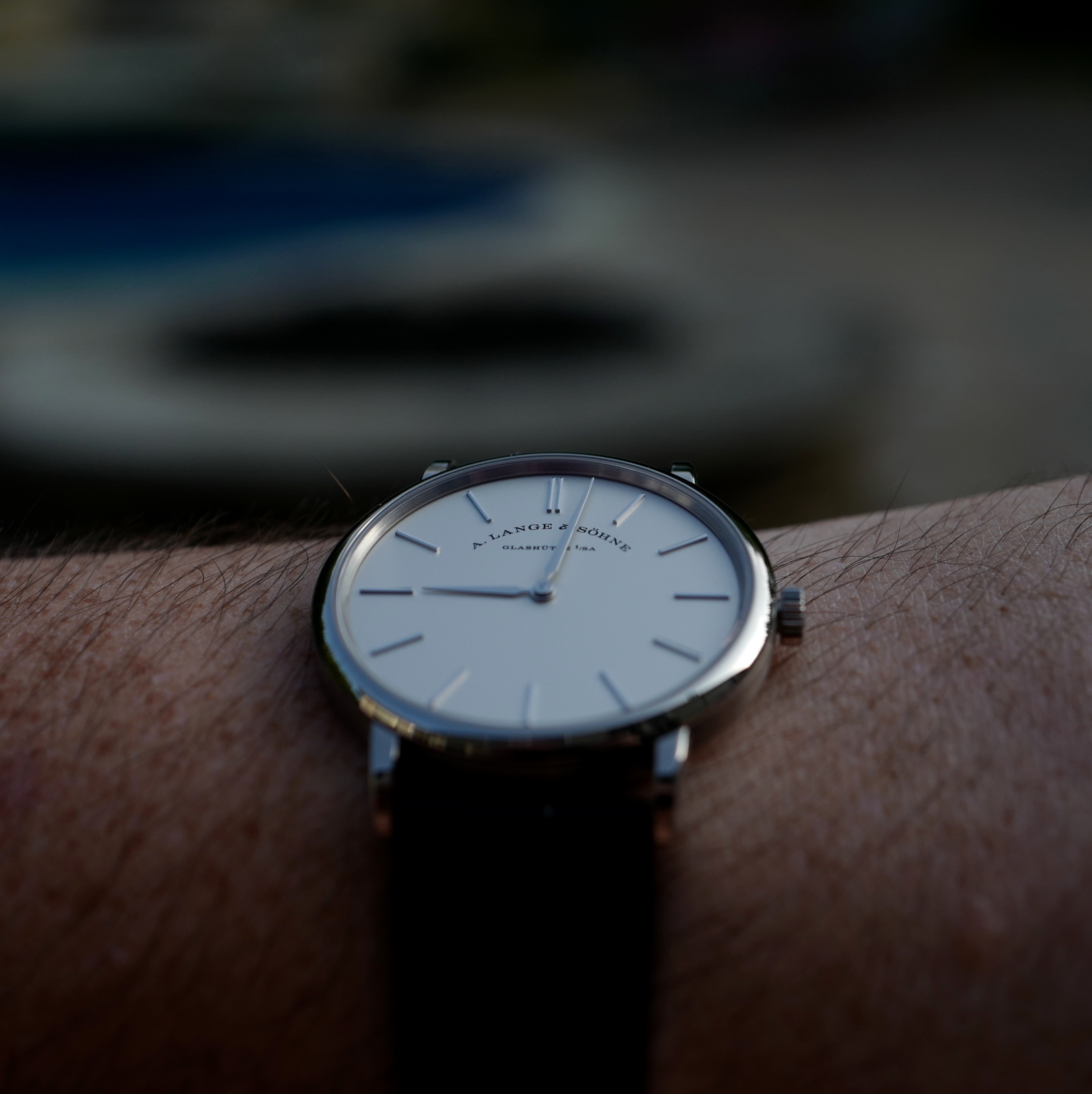