I don’t usually talk about military watches, but this Breguet Type 20 caught my attention. It has fantastic patina, from the faded lume to the cracked crystal, and it represents a unique part of history. I’m not sure it’s worth the € 3,000 starting bid, but it might well be to an enthusiast.

Right after World War II, the French French Ministry of War issued a specification for a pilot’s watch to be given to their airmen. Their spec was inspired by the Tutima-Glashütte and Hanhart watches worn by the German Luftwaffe, since French pilots had taken to them after they occupied the Hanhart factory in 1945. That factory continued producing Luftwaffe watches for the French military for a few years as reparations, and these spread throughout the French military.

Learn more in this great article!

The movement is a Valjoux 222, which is uncommon in civilian life though there were many of them made. It’s a manually-wound chronograph based on the common Valjoux 22 but with a flyback function added. These are quality column-wheel chronograph movements and proved very accurate in more than half a century of production!

The French Ministry of War sourced these from Vixa (who used the Hanhart design and components), Auricoste, Dodane, and Breguet, like this example. Breguet used Valjoux movements and Mathey-Tissot cases from Switzerland but the company at that time was still based in France.

Typically, Auctionata misses the mark in their listing. For starters, they call this a 1965, which it clearly is not. A few minutes of research would have corrected that error since the year is stamped right there on the back! They also claim it comes with the “original, black leather strap with pin buckle” which is also ludicrous. The buckle has a Breitling mark for all the world to see, and there’s no way a 25-year-used airman’s watch has the original leather strap anyway!

But it’s still a very cool piece. It’s sad to think of it passing out of the military family to which it belonged, but I’m sure a collector will relish the opportunity to buy this Type 20 watch and will prize it for its authenticity!

It’s going up for auction (along with a huge number of Breitling Navitimers) on November 26. The starting bid for this Breguet Type 20 is € 3,000. 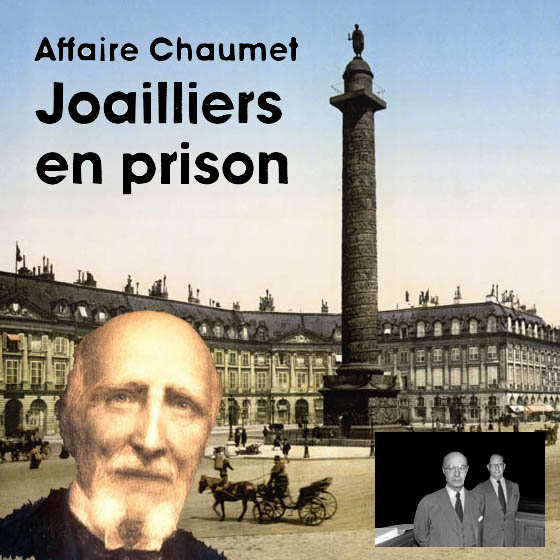 House of Chaumet: How 80s Greed Brought Down a Legendary Paris Firm