Although not a well-known brand today, Universal Genève were leaders in the chronograph market in the 1940’s. And one sign of that success was the Aero-Compax, a full-featured pilot’s watch complete with chronograph and dual-time (GMT) complications. It’s no wonder that companies like Zenith and Girard-Perregaux chose Universal to build their chronographs back then!

Let’s zoom back in time to World War I. Wristwatches were just gaining acceptance among military men (who had their hands full on the battlefield) and flight was a brand new technology. Whether on the battlefield or in the air, a chronograph was critical for range finding and navigation, so it was inevitable that pioneers like Universal would produce a wrist chronograph for military use.

Together with fellow Le Locle companies Zenith and Martel, Universal led the development of today’s familiar tool watches. They introduced the first two-button chronograph in 1932, added a calendar complication a few years later, and business really took off. Universal’s Calibre 281 was the basis for a family of chronographs bearing the names Compur, Compax, and Tri-Compax, terms we still use today!

Note: “Compax” originally referred to a complicated watch with a chronograph function. Universal and Zenith “Tri-Compax” watches had three complications (chronograph, calendar, and moon phase) along with running seconds arranged in four sub-dials on the face. Today these terms are commonly used to refer to the subdial arrangement itself rather than the number of complications!

Things got so hot by 1941 that then-named Universal Genève (having relocated to Geneva) built a state of the art factory in Les Ponts-de-Martel just to produce their new Calibre 285 family. Having already added calendar complications to their chronographs, Universal tried their hand at something really new this time around: A second time display!

And the Aero-Compax also included the minute- and hour-totalizing sub-dials of the existing Compax models.

Update: I have been informed by an owner that the subdial at 12:00 on the Aerocompax in fact does not keep time in a second time zone. Rather, it is a “dead” dial set by the crown at 9:00 and used simply as a reminder: Set the desired time there and compare it to the main (running) time to remember appointments. This seems to be a mostly useless “complication”, but I have to trust the owner’s report. Thank you for the updated information!

All this fit in a stylish 36 mm case with luminescent sword hands. The case was in keeping with the latest trends, with flowing lugs and even rectangular push buttons. The faces were designed in the military style, with large Arabic numbers, but just about every numeral was overlapped by one of the four sub-dials.

One clever aspect of the Martel/Universal/Zenith chronograph calibre families was their variable sizing: Each had four different main plates available, allowing the diameter to be expanded by 3 ligne (about 6 mm) depending on application. Thus, 15 ligne Calibre 287 was exactly the same as 14 ligne Calibre 285, though the extra space was useful for complications like the Aero-Compax’s second time zone function.

These movements were well-designed and lasted over 50 years in production. They are a column wheel design with an oscillating pinion to activate the chronograph function. They beat at just 18,000 A/h, but that was the norm for the time. And they were very well-constructed and finished, as one can see in the picture above!

I came across these two Universal Genève Aero-Compax chronographs in the upcoming “all-chronographs” auction from Chrono24 and Auctionata. Two are listed, both in stainless steel:

Of the two, the Ref. 22290 is cleaner and somewhat more contemporary, though I prefer the rectangular pushers. As usual, ignore what Auctionata claims about the build dates and details: There were no Cal. 281 Aero-Compax watches, and it’s unlikely that these are 1950’s. But the watches look good and are well-priced to start.

You might also take a look at the many other Universal watches on offer, including no less than six Tri-Compax models. And the many Breitling Navitimers and Chronomatics might strike your fancy, too! As for me, I’m bidding on some other interesting pieces. Maybe you’ll read about them here in the future! 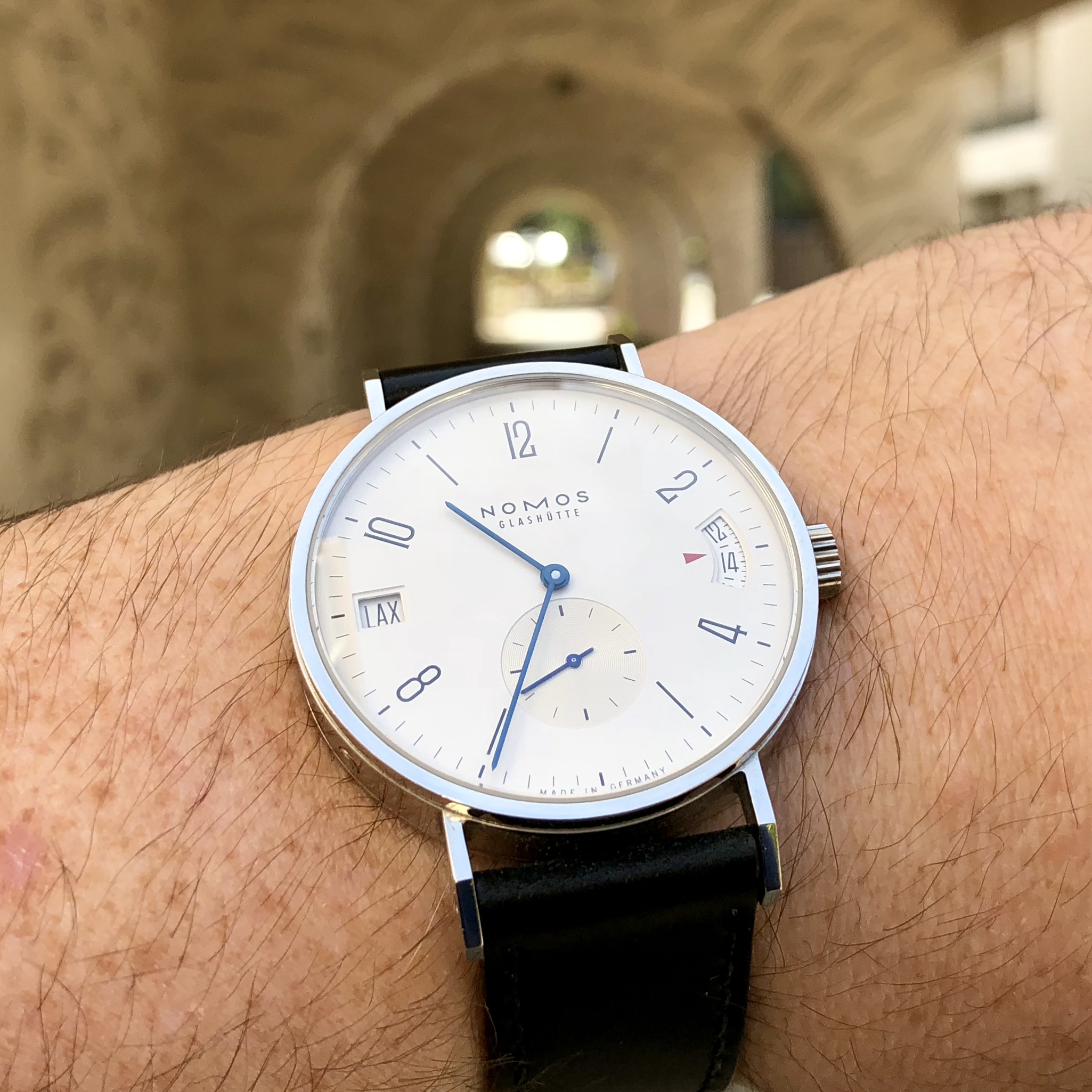