Today’s “Watch A Day” is a “Hi-Beat” Seiko Lord Marvel, with a 10 Hz escapement, wonderful textured dial, and retro domed crystal. It’s an occasional wearer for mine, but I love that fast ticking sound!

Once watchmakers perfected the basic elements of portable timekeeping they turned to a quest for accuracy. The chronometry competitions run at Swiss and German observatories in the 1950s and 1960s are legendary, but they seem quite quaint now. After all, even a basic quartz movement would top most mechanical watches.

One way to achieve accuracy was to speed the rate of oscillation. If producing a viable escapement is the most technically challenging feat of watchmaking, increasing performance is a serious claim to credibility.

Swiss watchmakers moved to “high beat” movements in the 1960s, and Seiko of Japan was quick to follow. They launched a number of such movements within a few years, with rival studios Suwa and Daini launching the 4500 and 6100 families within a year of each other. These were still somewhat experimental and required hand construction, and were not much more accurate than the mass-produced Cal. 5600 family. But Cal. 5740 was produced in larger numbers and is quite interesting since it is an evolution of the original Grand Seiko movement.

Given this history, I searched for a good Cal. 5740 watch for a while before finding this Lord Marvel. I wanted a “wearer” so skipped the high-dollar examples and focused on movements that had been serviced prior to purchase. This one came from Antique Watch Bar in Singapore, a source I’ve come to trust for wearer-quality Seiko watches. It had been serviced and came with a new strap and is in fairly good shape. The service was especially important – high-beat movements wear quite hard, and there’s no telling what the state of the lubrication would be without opening it up.

On the wrist, the Lord Marvel is a joy. The profiled case and lugs fit close to the wrist and the contoured case doesn’t snag on cuffs. The crystal is high and domed, as was popular at the time, and gives it a real retro feel. And I love the textured dial and applied Arabic markers. The crown is easy to pull and turn but winding is strangely springy and loose, with a hard stop at the end always coming as a surprise.

Movements were not usually decorated or finished in the 1960s but it would be nice to be able to see that fast-moving balance wheel. Still, Seiko is kind enough to encode the date of production in their serial numbers. This one was made in April 1970, right in the middle of Cal. 5740 production. That also bodes well for reliability.

The Lord Marvel is more of a novelty for me than a daily wearer. When I do pull it out of the watch box, I enjoy the look and comfort and especially that 10 Hz tick! 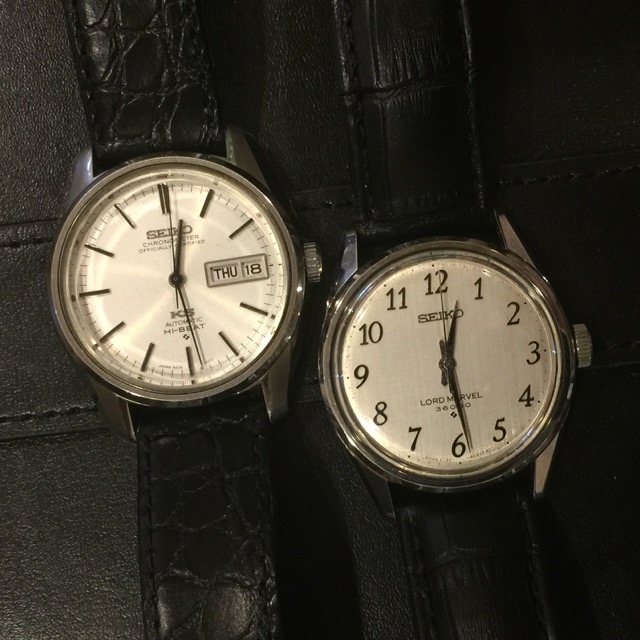 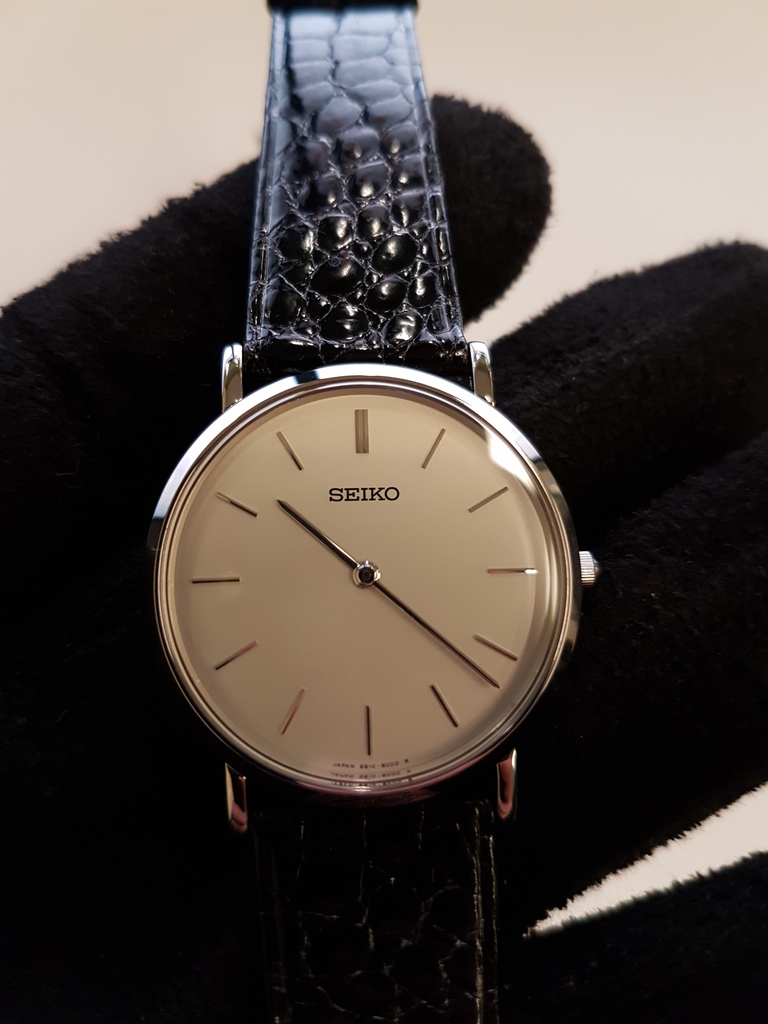