Today for “Watch A Day” I picked this nifty Storm “Microcamera” watch. It’s not a camera, and in fact it’s really hard to read the time, but it has a cool plate bracelet and an odd twist to the case. Sometimes it’s fun to wear an oddball watch!

A few days ago I complained about how hard it was to read the time on the Xeric Xeriscope, but this one is even more difficult, at least one handed. The Storm Microcamera has shutters arranged over the dial that must be manually opened using the lever at 6:00 below the bezel. These are spring-loaded and snap closed when you’re not holding them open, so reading the time is a two-handed affair.

Once it’s open, however, the Storm puts the Xeric to shame. Although there are no markers for hours or minutes, the brilliant blue dial and chunky if tiny hands are easy to see. And the domed crystal makes this even better, acting like the cyclops magnifier on a Rolex.

But the whole thing is just plain odd. Why have a seconds hand ticking in there when it can’t usually be seen? And why does it say “STORM” on both the dial and bezel? And why equip a watch with a shutter inside the crystal anyway? Plus, this shutter opens nothing like the aperture on a camera so why the “Microcamera” name?

The Microcamera measures a puny 25 mm in diameter and 11 mm thick. But it wears much bigger than yesterday’s Nivada Antarctic, which sports almost identical measurements. The Microcamera case is slab-sided and steps up to a steel dome rather than a classic crystal, giving it extra visual bulk. And the bracelet on the Storm is incredibly bulky too. It’s really oddly proportioned, feeling big in every way but the diameter of the case.

Most of the time, this is more of a bracelet than a watch. And it is a pretty cool bracelet with the big steel plates around the wrist, brushed stainless steel surfaces, and upscale solid links under the wrist. The clasp reminds me of something you’d find on a Chopard, not the cheap folded metal on most fashion watches. In fact, the whole thing is made better than any fashion watch I’ve ever seen.

Inside that pretty case is a Japanese Miyota quartz movement. It’s the kind of tiny movement you would find in a ladies model watch, with a miniature battery to match. This is too bad because that small battery and constantly ticking seconds hand unnecessarily hurts battery life. I find myself having to change the battery about once a year, which is made worse by the too-good construction. The caseback fits on extremely snugly, making it hard to remove and harder still to snap back on. And mind the cutout for the stem!

Fashion watches are pretty controversial in watch circles. Most fashion-brand watches are little more than off-the-shelf components slapped together with a brand name. They are poorly built, using inferior components, and aren’t worth the money. This is not the case for Storm. This watch is downright unique, and most of their products are actually very cool and well-made. So what if there’s a quartz movement inside?

The Storm Microcamera is something special only because it’s so darn odd. It’s not very functional or useful, but it looks cool and is excellently designed and made. It’s everything that “mushroom brands” like the Xeric aren’t. And I like it. 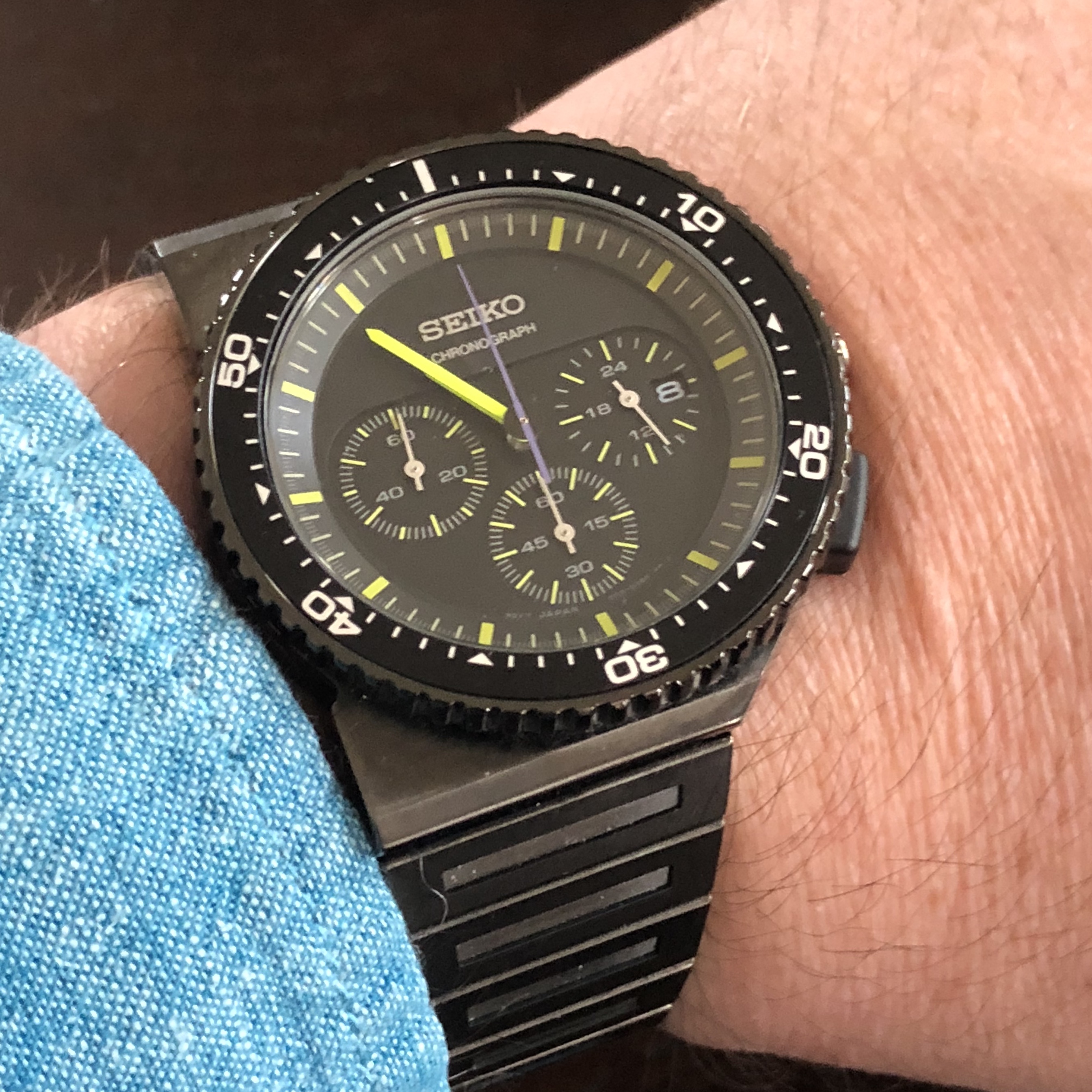