Regular readers of Grail Watch know that I have a particular fascination with watches that contain multiple separate movements in a single case. Ever since the Nappey Jumelles Times and Ardath Long Distance of the 1960s, watch makers have used compact “ladies” movements in oversized travel watches for men. Now a modern maker, Alexander Shorokhoff, has done the same, first with the Los Craneos an now with the new Levels model. How does it compare? Read on!

Alexander Shorokhoff is an avant garde brand known today for eye-catching watches full of color and playful details. Some of the models in the so-called “Avantgarde” line have a bit too much resemblance to Alain Silberstein’s famous watches, but there are always plenty of details that differentiate them. Alexander Shorokhoff’s designs truly stand alone and stand out in a crowded market.

Russian watchmaker Alexander Shorokhoff began in the early 2000s as manager of the brand Poljot before establishing his namesake brand in Germany. The first decade focused on watches with elaborately-decorate movements dedicated to historic and literary figures, from Tolstoy to Tchaikovsky. Many of these used Poljot’s reproduction of the classic A. Schild AS 1475 alarm movement, another complication dear to my heart.

The original Los Craneos watch was introduced in 2018 as a tribute to artist Friday Kahlo, playing also on the themes of life and death intrinsic in the passage of time. Shorokhoff’s design rotated the crowns to 4:00 and 10:00, a pleasing and symmetrical divergence from the traditional “two movements, one case” watches with crowns at 3:00 and 9:00. This also made room for the pair of skulls on the dial, which fill in the “forehead and chin” space left empty on the classics. “Home Time” (on the right) has hour, minute, and seconds hand, while “Away Time” (on the left) has just hour and minute hands but adds a date inside the nose of the skull. Strangely, the top of the “Away” skull is labeled “60” even though it lacks a seconds hand.

A Los Craneos 2 model appeared soon after, featuring brightly colored skulls reminiscent of the rest of the Shorokhoff Avantgarde line. Although essentially the same watch, this colorway transforms the watch into something vibrant and fun. Shorokhoff also “fixed” the label on the “Away” skull, adding a “10” instead. The date in the nose remains a playful Easter egg.

Inside these dual-timezone watches tick a pair of ETA 2671 automatic movements. These are incredibly compact, just 17.20 mm diameter, and are used in many modern “two movements, one case” watches, including the Glycine Airman 7 and BRM MTD. The up-to-date specifications of Cal. 2671 include 28,800 A/h operation, hacking seconds, quick date correction, and a ball bearing weight segment. Thus, it is surprising to learn that it dates way back to 1971!

The new Levels model is a clever departure from the Los Craneos, despite using the same case and movements. The name is derived from the incredibly deep dial, with everything seemingly on a different level and additional elements added above and below. I count 6 or more distinct levels and three base dial patterns. Yet the whole watch has a surprisingly cohesive feel.

Shorokhoff uses semi-circular elements to take up the “forehead and chin.” These elements are engraved with “Alexander Shorokhoff” above and “Limited Edition • Made In Germany” below. The guilloche waves help pull the eye to the center despite the eccentric design. A multi-colored “staff” off-center gives all of these circles a visual base, and balances the polar globe identifying the “Away” dial.

One of the most unique elements is the “monocle” date magnifier. It is difficult to see in photos, but the screwed bridge on the “away time” dial includes an aperture for a magnifying glass above the tiny date window. Perhaps the only element that does not work for me is the plain and superfluous “Home Time” engraved on the dial at 4:00.

Although Alexander Shorokhoff’s watches are original and creative, they are not unattainable. The Levels watch is priced at 3,500 Euro, while the Los Craneos 1 and 2 are 2,999 and 3,299, respectively. Given the fantastic detail and original design, not to mention the fact that it includes a pair of Swiss movements, this seems like a bargain. Perhaps it is not obvious at a glance, but Shorokhoff deserves applause for artfully absorbing the empty dial space present in all round dual-movement watches. Both Los Craneos and Levels have a purposeful and designed look that is absent in previous models. 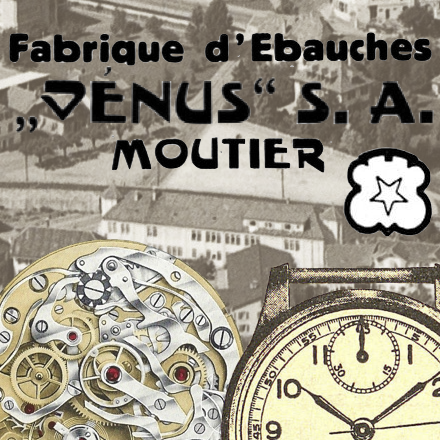