Home » Why Are High-End Watches So Expensive?

When people learn about my interest in watches, the conversation eventually turns to cost. Why pay so much for a watch? This is especially true once they learn that what they thought was expensive (a $10,000 Rolex) isn’t even considered “high end” in the world of watches, and once they discover that a modern gold or gem-set watch costs five times that much. Why are high-end watches so expensive?

How Much Does a High-End Watch Cost?

It is important first to define some terms. Although a $200 watch could be considered a high-end luxury to many people, the industry would not apply those terms to such a model. A true luxury watch costs well over $2,000, and the “high end” range starts above $10,000. This is the reason that so many mass-produced luxury models from brands like Rolex, Omega, Jaeger-LeCoultre, IWC, and many others are priced from $5,000 to $8,000, and why high-end brands like A. Lange & Söhne, Patek Philippe, Audemars Piguet, and Vacheron Constantin don’t sell anything under $15,000.

Watch market segments can be difficult to pin down, though. A steel Rolex Submariner ought to be a relatively-affordable $9,000 luxury watch, but these tend to sell for thousands more if you can find one to buy. And a solid gold Submariner, which costs four times this much, still isn’t considered a “high-end watch” despite bring priced well into the that price range. But a $400,000 diamond pavé GMT-Master II tends to transcend its lowly origins!

It’s safe to say that watches that sell for tens of thousands of dollars are high-end luxury purchases. And once you get past the cost of gold, you are solidly in the “high-end watch” price range. If you picked up a $60,000 watch, it’s a high-end model regardless of manufacturer, material, or complication.

With all that set, let’s return to our core question: Why are high-end watches so expensive?

$60,000 watches tend to exhibit an inverted supply-and-demand curve, making them so-called “Veblen goods” that are desired precisely because they are expensive. But this alone does not explain the cost. It’s not as simple as “because people will pay that.” Supply and demand and profit taking probably only accounts for 50% of the cost of an expensive watch.

Watches priced at $60,000 tend to fall into one of two categories:

The first category is more easy to comprehend. Rare minerals and materials are expensive (being themselves Veblen goods and in scarce supply) so they drive the cost up. This is how a $13k Rolex Daytona in steel becomes a $30k Daytona in white gold or a $50k Daytona in gold with a diamond bezel, and why one with a gold bracelet costs $10k more than with a leather strap.

Not all of the cost of precious metal watches comes down to the cost of raw materials, however. Platinum costs half as much per ounce as gold, but a platinum Rolex Daytona costs twice as much as a white gold example. Some of this difference comes down to difficulty in metallurgy and construction but a lot of it is simple profit-taking on a limited-edition model.

Even with all this said, about 20% of the cost of a $60k watch does come down to the cost of precious metals and other raw materials used. And this is true for both of my categories above, since nearly all $60k watches have a gold or other precious metal case, and many have solid gold movements too. Today’s gold cases are also much more substantial than they were back in the 1950s and 1960s: The buckle alone from my A. Lange & Söhne weighs more (and uses more gold) than the entire case on my 1960s Roamer!

Then we come to the second category. Watches made in limited numbers inherently cost more due to R&D and production in small numbers. A $60k Swiss watch also absorbs many hours of expensive Swiss labor in finishing and construction, and this goes way up when it comes to complicated models.

There is no innate justification for a luxury item that costs more than the median annual household income in the United States. There’s simply no getting around the fact that a $60,000 watch is an extravagant display of wealth and an inefficient use of capital. But in our capitalist world, people can decide for themselves how to spend their money.

So why does a $60,000 watch cost that much? Materials, R&D, and labor really do contribute to that price. But of course these can be very profitable goods for companies that can demand these prices. 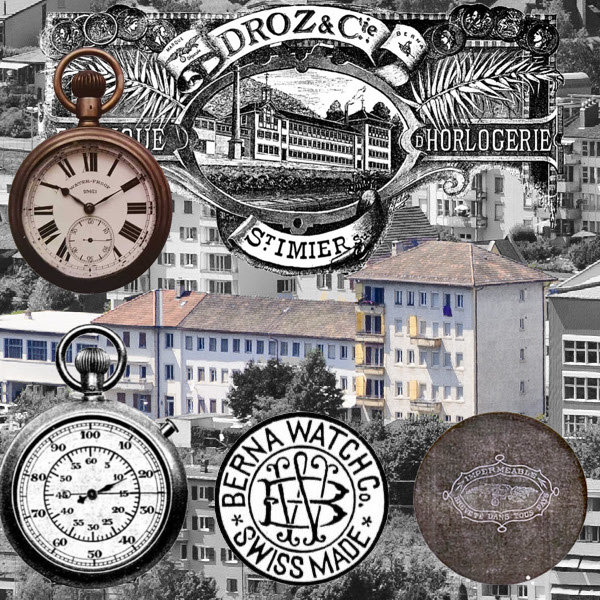