Home » Why Have No Smartwatches Won at the Grand Prix d’Horlogerie de Genève?

It sounds like a rhetorical question, but the answer isn’t as simple as “because the industry hates them!” Why has the Grand Prix d’Horlogerie de Genève never awarded a prize to a smartwatch? After all, smartwatches have officially been eligible for prizes since 2017, over a dozen models have been entered, and the group added a Smartwatch category in 2020. So why was that prize unclaimed? Is it that smartwatches are undeserving of recognition or is there a more prosaic explanation?

Before we begin, I must point out that an electronic watch did once win an award at the Grand Prix d’Horlogerie de Genève. In 2006 (and only that one year), there was an Electronic Watch prize. Four finalists were “pre-selected”, and Seiko took the trophy for their ‘Electronic Ink ‘ Watch. So why doesn’t this invalidate my headline? Because it wasn’t a smartwatch and didn’t make any impact on the market.

You probably don’t remember this watch for a few simple reasons:

Although contemporary sources claimed that Seiko would produce 500 examples for release on January 27, 2006 (priced at $2,200!), they were only available in Japan. Today they are simply not seen, and the company appears to have abandoned this concept. A totally different Spectrum watch was released in 2007 in a limited run of just 1,000 examples, but this too almost no horological significance.

In other words, the one electronic watch to take home a prize at the GPHG really didn’t deserve a trophy and didn’t make any impact on the market. In fact, if you think of Electronic Ink technology at all, you probably associate it with Amazon’s Kindle reader or the later ill-fated (but production) Pebble smartwatch. And Seiko’s 2006 offering didn’t do much beyond showing the time, making it not a smartwatch in any sense.

Although I don’t have access to the rules from 2006, the GPHG is very clear today that eligibility is limited to production watches. The earliest copy of the rules I could locate were from 2012, and it is very specific on this point: “Only watches commercialised after March 2011 … and at the latest before December 31st 2012 are entitled to participate.” It is unclear whether this rule was added as a reaction to earlier prizes that went to never-produced models (like Seiko’s Electronic Ink Watch) or if Seiko failed to meet a similar rule at the time.

It is clear to me that “The Electronic Ink Watch” from Seiko does not invalidate my hypothesis that no smartwatch has ever won an award at the GPHG!

One more fun fact: This was the first time a Grand Prix d’Horlogerie de Genève award went to a product or company from Japan, and is one of just 5 wins overall to date. Finland has more wins than Japan! Thanks, Kari Voutilainen!

And the 2020 Smartwatch Prize Goes to: Nobody!

So the GPHG consciously tried to reach out to electronic watches as early as 2006, and officially called them out in later years. And now, in 2020, they have added a Smartwatch Prize. So how come none have won?

Despite adding a new prize specifically focused on Smartwatches in 2020, no such watches were actually entered or made the cut for judging. Since it was a discretionary category, a smartwatch would have to be entered into one of the non-discretionary categories to be considered, and the only categories open to them are the Petite Aiguille and Challenge. Incidentally, these are limited to watches under CHF 10,000 and 4,000, respectively.

The 2020 Smartwatch Prize went unclaimed simply because no such watches were nominated for judging. So perhaps we cannot blame the judges for this slight. And no such watches were nominated because none made the “final six” for the two lower-budget categories. We don’t have a list of “participating watches” for 2020, so we cannot say whether or not any smartwatches were even entered. But the Challenge Prize nominations this year were particularly weak, so perhaps it was slim pickings!

But decent smartwatches have been entered in the past. One notable model was Frédérique Constant’s Horological Smartwatch, which debuted the MMT “MotionX” smartwatch movement also used by Mondaine and others. It was not a great smartwatch, as I noted in my review of the Mondaine Helvetica One, but it was a significant effort in the Swiss industry and deserved recognition if only for the use of real mechanical hands instead of a screen. Sadly, it did not make the “pre-selected” list for voting in the Petite Aiguille category in 2015.

Another unrecognized effort was the Google Android Wear OS, which appeared in competition in 2017 in the form of the Montblanc Summit Smartwatch Black Steel. In 2017 it also competed in the Petite Aiguille category but was not “pre-selected” for voting. The competition that year was a bit stiffer, so it’s easy to understand why this watch, with its faux hands on a screen, didn’t make the cut.

In 2018, Hublot entered the Big Bang Referee 2018 FIFA World Cup in the Petite Aiguille category but it was not “pre-selected” for voting. It was another all-screen watch, but Hublot marketing focused more on the World Cup tie-in than the smarts of the platform. Frankly, it was ugly and weirdly priced at CHF 4,900 and didn’t deserve recognition. The Challenge category in 2018 included two more smartwatches, neither of which were selected for voting. Louis Vuitton’s Tambour Horizon Black was another all-screen watch at a stiff price that failed to make a mark. But Alpina’s Alipnerx, which used a next-generation version of the MMT platform and resembled previous “hybrid” watches deserved a second look.

The fact that none of these watches even made it to the jury is significant: The GPHG allowed companies to enter them (at CHF 500 each) but didn’t deem any smartwatch worthy of the competition. This leads us to the salient question.

Are Smartwatches Undeserving of Appreciation?

We have a bit of a chicken-and-egg issue here. No smartwatch made the cut for voting, so none won an award. Although many luxury watch companies have tried their hand at a smartwatch, none has created a credible or impactful product. Is this because they have simply failed in their efforts or is it that consumers don’t want a luxury smartwatch?

Although I didn’t appreciate the product much, the MMT Horological Smartwatch platform was an excellent idea. I can not think of a better “horological smartwatch” than one that uses traditional hands. And I appreciated the multi-hand subdial, which was reminiscent of Patek Philippe in concept if not in execution. I also appreciated that it used a long-lasting and easily-replaceable battery rather than needing recharging.

My feelings about “all-screen” luxury smartwatches are much less warm. Clearly the brands (Hublot, Louis Vuitton, TAG Heuer, Montblanc, etc) do not feel that they measure up to their mechanical brothers. That’s why they’re priced so much lower. But they’re still far too expensive given the inherent throwaway quality of such high-tech gadgets. Unlike a mechanical movement, which promises a lifetime of use, a digital screen is only good for a few years before it is obsolete or non-functional. Those of us with exotic quartz watches in our collection are feeling the pain of servicing, and these are much easier to resurrect than a Google Wear OS device.

Truly, the only smartwatch that has had an impact on the market is Apple’s mighty Watch. Not only has it singlehandedly defined the smartwatch category, it is likely the only smartwatch making a profit. And what a profit it is, reportedly outselling the entire Swiss watch industry for the last two years. Although it is difficult to know for sure, it seems likely that the Apple Watch has also bumped many Swiss watches from wrists around the world, especially in the near-luxury segment.

But even Apple has learned a lesson about the luxury segment. The pricey solid gold Edition model was discontinued after the initial release, and buyers are reportedly still annoyed that their $10,000 bauble is now obsolete and breaking down. Although Apple’s retail and support experience is second to none, it isn’t good enough to justify such a pricey product. Their retreat from the luxury segment proves that the smartwatch has no home there.

The Grail Watch Perspective: The Smartwatch Did Not Appear

Returning to our premise, it is inconceivable that Apple would pay to enter the Apple Watch into competition in the Grand Prix d’Horlogerie de Genève, and even it could not last in the luxury segment. So perhaps it is eminently appropriate that the Smartwatch Prize has gone unclaimed: The only watch that even deserved the award was not entered in competition, and a luxury smartwatch is not a thing that exists. 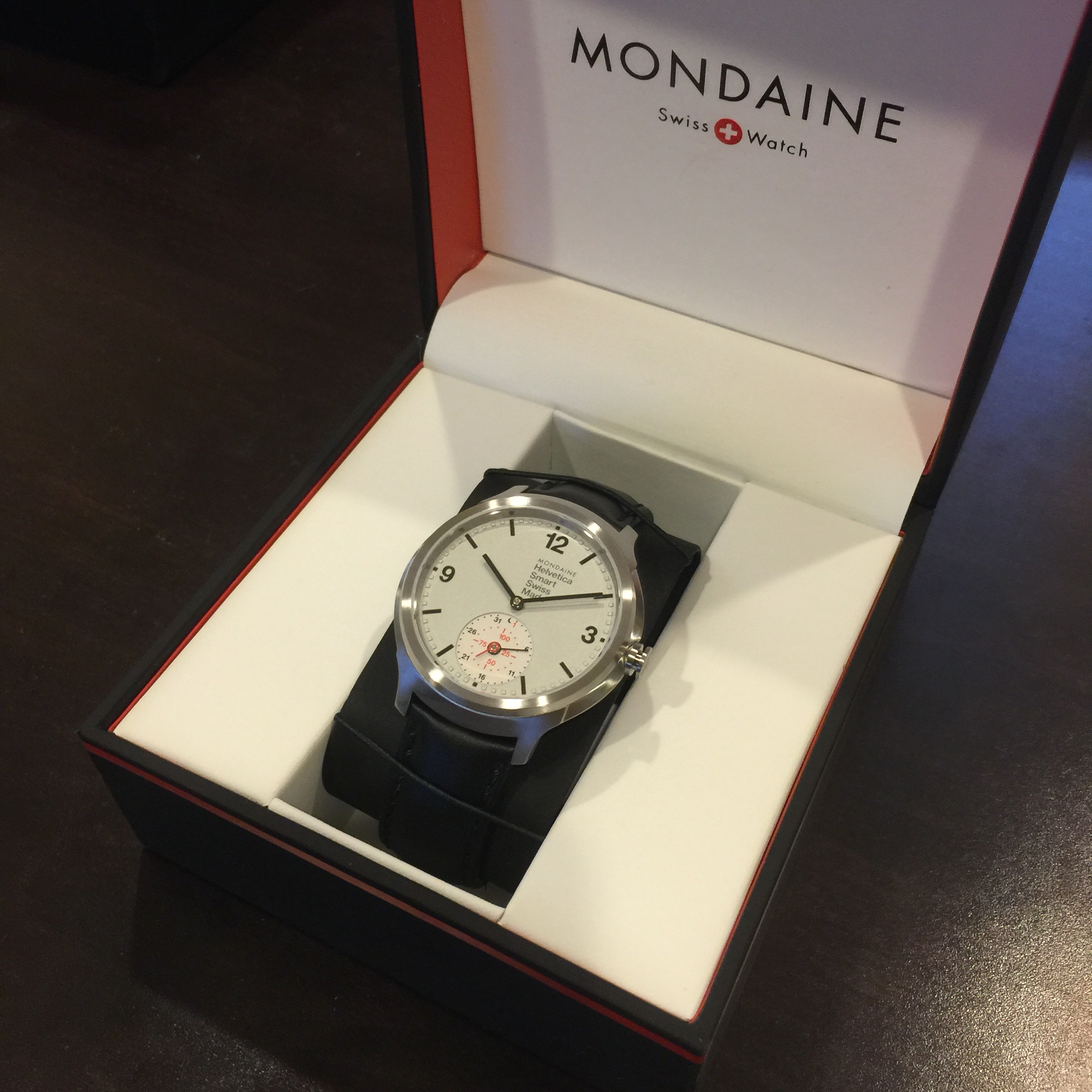 How Good Is the Mondaine Helvetica Smart Watch? 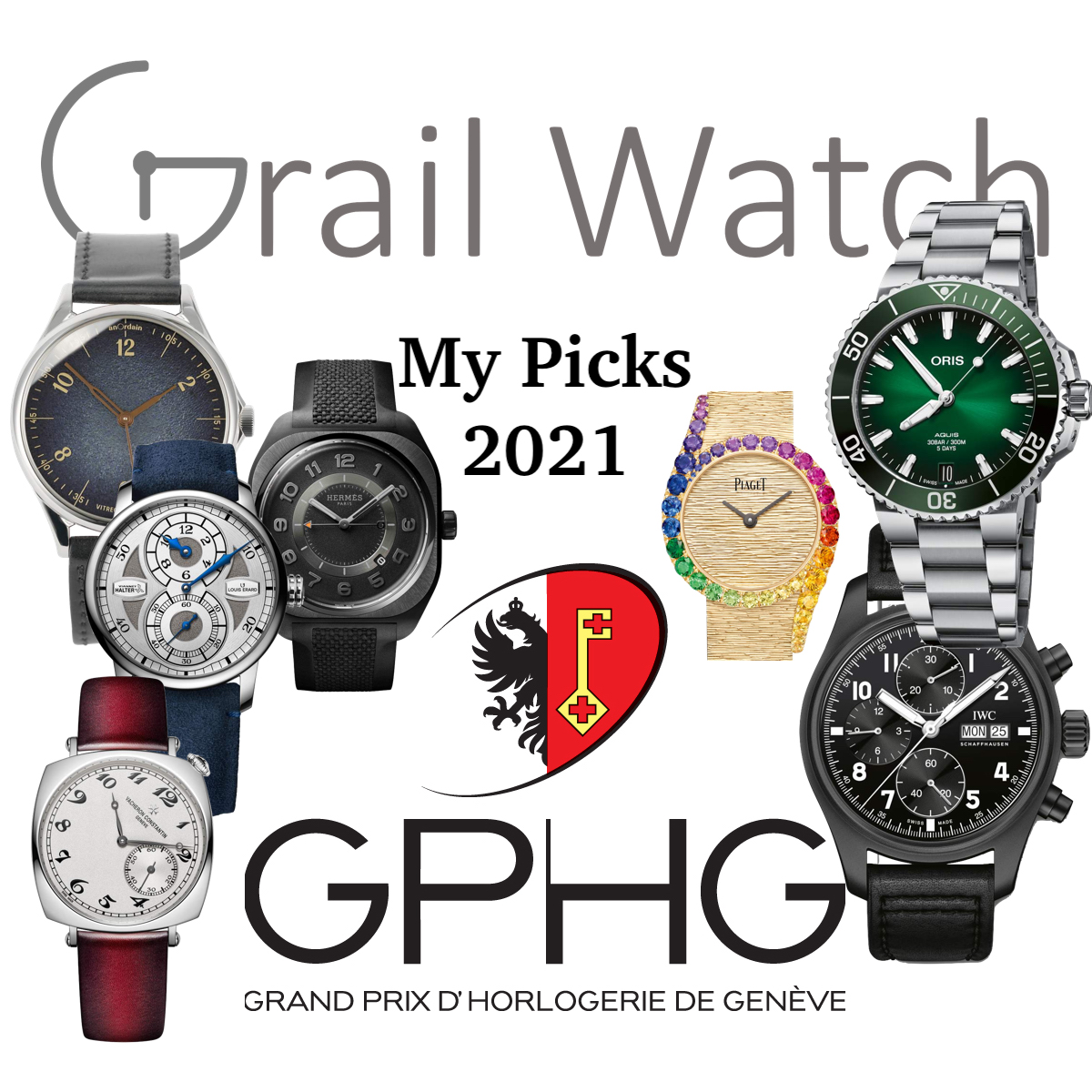 My Picks For the Grand Prix d'Horlogerie de Genève 2021