Having rejected the original Calatrava Ref. 96 and its successors as well as the entire Clous de Paris line, I now move on to something really special. Ref. 5227, introduced in 2013, was a high-point for the series in terms of craftsmanship and was unlike anything before. Let’s take a look!

I’m not big on the “Grand Taille” cased Ref. 5107. The same is true of its replacement, Ref.  5127. But the next watch in that series, Ref. 5227, is kind of a big deal. It ditches the crown guards for a Ref. 96 look, has perhaps Patek’s best hour markers, and features a drool-worthy extra: The hinged caseback opens to reveal the movement in all its glory beneath a sapphire window.

Although commentators often call it an “Officer’s Case” because of that hinged panel on the back, this is not an appropriate description. A true Officer’s Watch also has screwed-in bars in straight lugs and a large crown for field use. There are a few Officer’s Calatrava models, including the excellent Ref. 5053, but Ref. 5227 isn’t one of them.

At almost $35k list, Ref. 5227 is the most expensive two- or three-handed gold Calatrava today, but if any of this series is worth the money it’s this one. It’s styled and finished like one of Patek Philippe’s complicated pieces and really stuns on the wrist. And that caseback is just begging for some custom engraving, making this a true heirloom piece. If I had the funds, I’d buy one.

I went looking for a deal on a used Ref. 5227 and came up mostly empty-handed. These are new watches (introduced in 2013) and are very hard to come by. K2 Luxury in Geneva has this fantastic 5227R listed on Chrono24 right now at about $25k. It’s said to be brand new and comes with the international warranty, but I’m not sure that’s the Patek warranty or not. That price might include VAT, which is 8% in Switzerland and is refundable if items are exported. But it’s still pretty dear for daily wear.

Shortcomings? Well, I don’t love the center seconds or the fact that the full-width rotor on the Cal. 324 movement ticking inside partially covers that gorgeous movement. Although it’s a well-respected movement, Cal. 324 strikes me as a bit pedestrian, if you could say that about any Patek Philippe in-house movement. I could also do without the date window, since that’s not a typical Calatrava feature.

Plus, Ref. 5227 is a bit large at 39 mm. I wouldn’t let any of this stop me if I was shopping for a family heirloom, but it’s all a bit out of place on a Calatrava. This is an amazing watch, but it’s not the perfect Calatrava, and that’s what we were looking for!

I’m rapidly running out of Calatravas! I’ve rejected the classic Ref. 96 and its successors, the “hobnail” Ref. 3796 and its family, and even the glorious Ref. 5227! We’re left with some more unusual pieces, so I’ll examine the “Officer’s Watch” line next. 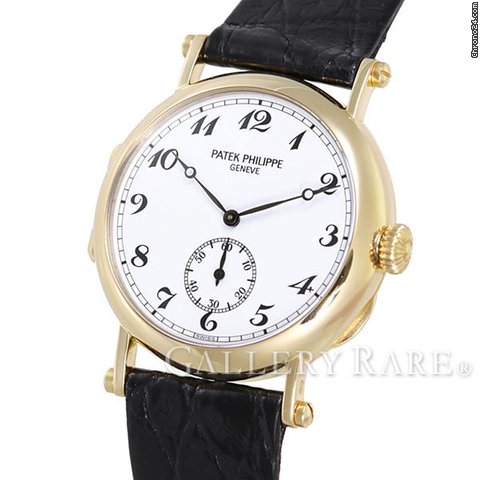 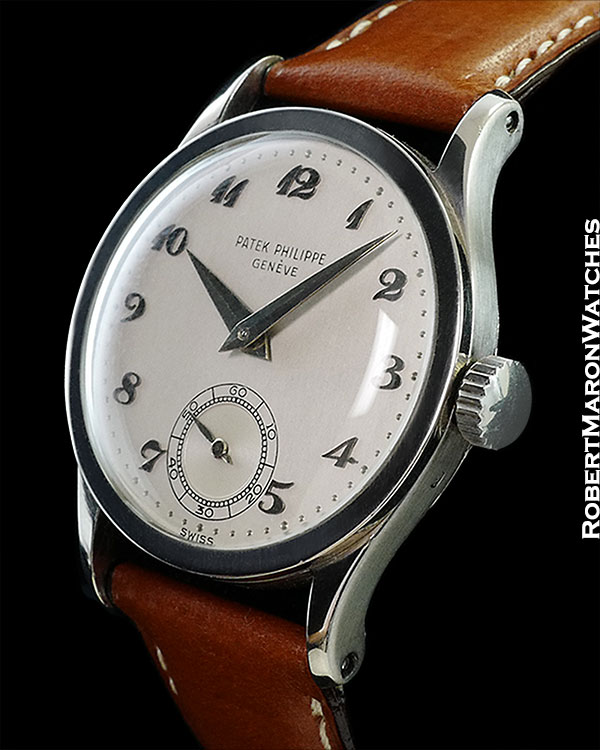 In Search of the Perfect Patek Philippe Calatrava, Starting with Ref. 96