Update: Auctionata has another Diaphane One listed in their November 18, 2015 auction. Perhaps it’s the same watch, but the price starts at €700 this time around.

Swatch is perhaps the most famous brand of Swiss watch (sorry, Rolex!) but they’re not known for luxury timepieces of high horology. No, Swatch is the brand that saved the Swiss industry, sold millions of watches, became a cultural touchpoint, and enabled the most powerful and profitable watch cartel the world has even known. That’s why this watch is so surprising!

Swatch is king of limited-edition watches, launching a dozen or more every year for decades. But the 2001 Swatch Diaphane One was perhaps the most shocking of all: Costing more than ten times more than any other model, the Diaphane One boasted a rotating movement variously called a Tourbillon, Karusel, and Carousel Tourbillon though actually neither of these. It was high horology and pricey luxury in a sleek plastic and aluminum package that was unmistakably Swatch!

The Swatch Diaphane One was a breakthrough innovation and very Swatch all at once. Tourbillon movements feature a rotating escapement to counteract the force of gravity on the time-keeping heart of the watch. Although not technically necessary in modern watches, tourbillons give manufacturers bragging rights due to their complexity. A carousel is similar in concept but slightly different in execution.

The fact that this is the pinnacle of horology is why it was shocking for Swatch to get in on this game. But their Diaphane One isn’t really a carousel or tourbillon. In the Swatch, most of the movement is mounted on a plate that revolves twice per hour. This is not only much slower than a true tourbillon but also much less technically elegant. But it’s still impressive!

For a while, prices on the Swatch Diaphane One rocketed upward, with reports of sales as high as €8,000 in contemporary discussions. But this collector market was disrupted in 2006 when Swatch reissued the movement in an even pricier Diaphane One Turning Gold edition. Today, those are the creme de la creme of Swatch, with the original Diaphane One somewhat diminished.

On April 25, 2014, Auctionata will be auctioning off Diaphane One number 504, with bidding starting at just €900. This isn’t an indication of the final price (Auctionata is often wildly off in their estimates) but it’s not likely to go for ten times that… If you’re a Swatch fanatic, now’s your big chance! 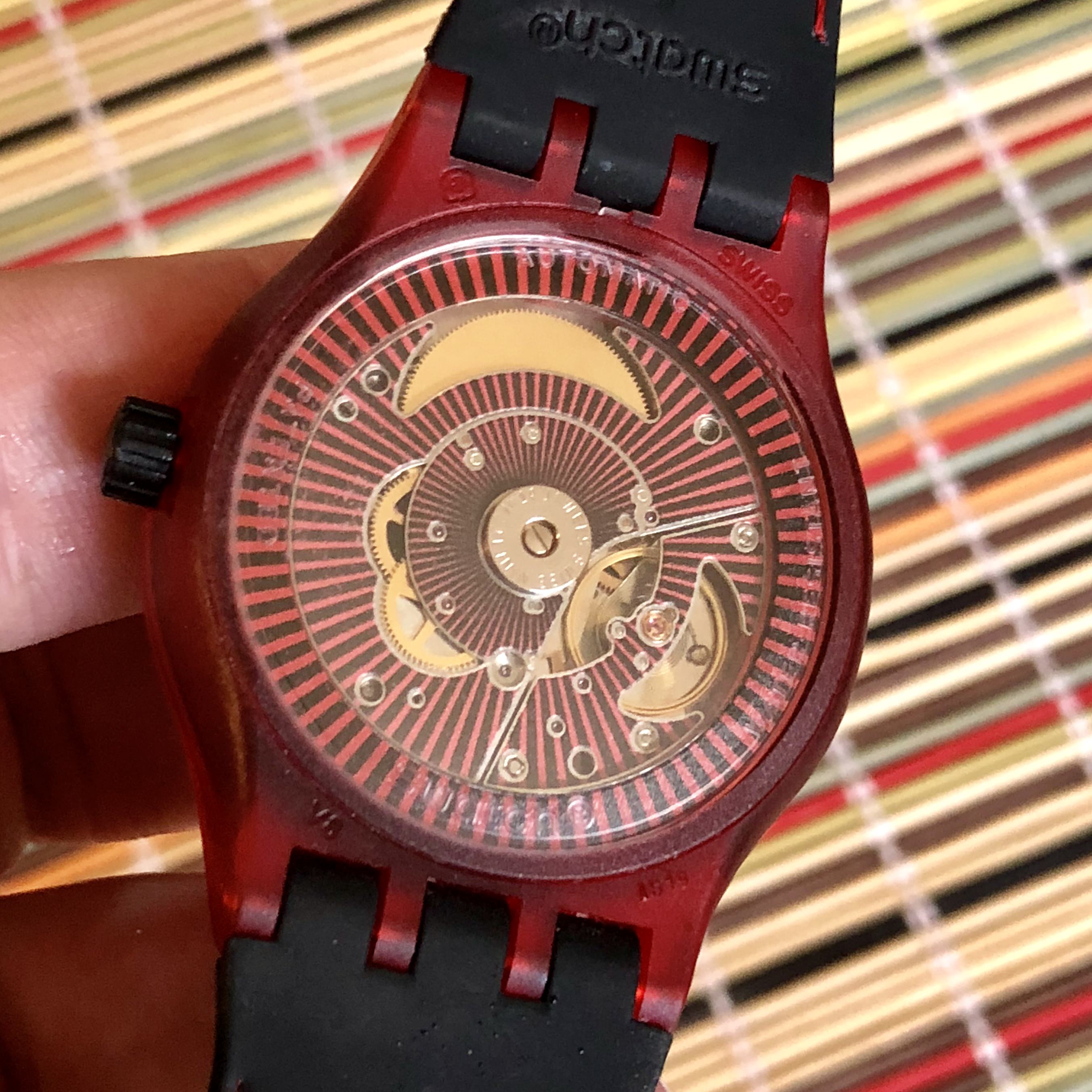